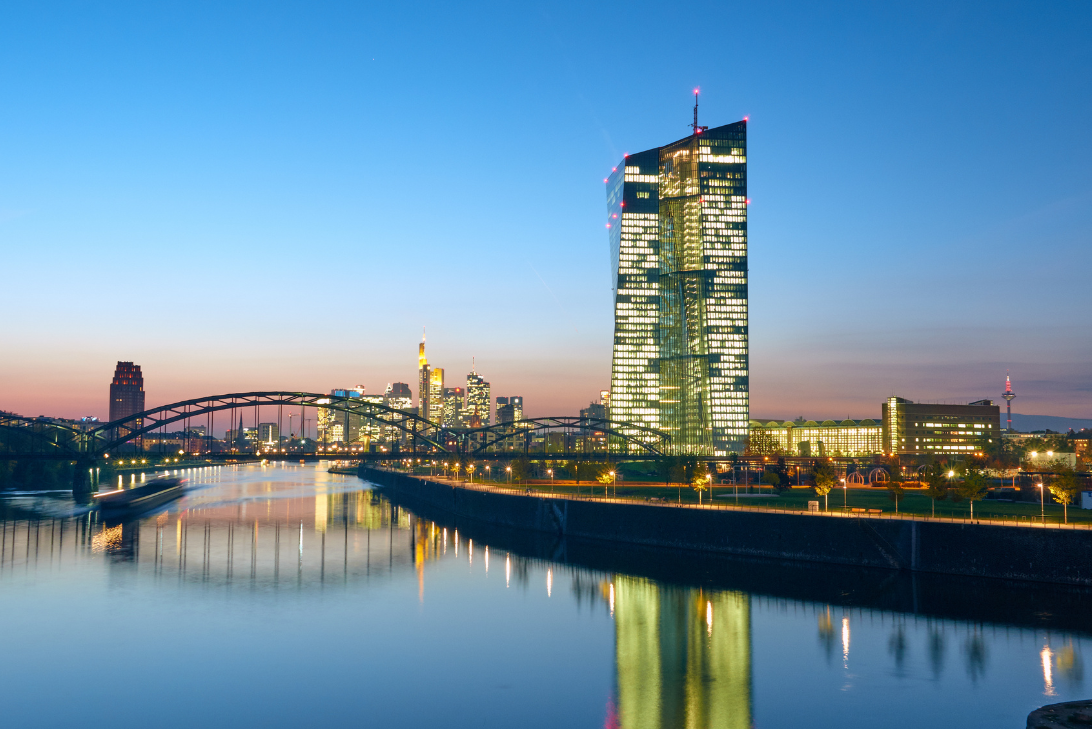 Why global investors need to be watching the ECB

As in the United States, the rates market in Europe is pricing in a far more aggressive tightening path than the one that we think the European Central Bank will be able to actually deliver.

As of this writing, markets have priced in roughly 85 basis points (bps) of tightening by December 2022 and are expecting the deposit rate in the eurozone, which currently sits at -0.5%, to rise above 1.5% by December 2023.¹

By comparison, our base case is much more modest as we expect only 50bps of tightening for this year and believe the European Central Bank (ECB) will raise its deposit rate to 0.5% by December 2023. In our view, markets will need to adjust their expectations, a development that will contribute to some softening of global bond yields.

From a currency perspective, this implies we should see more weakness in the euro (EUR) versus the U.S. dollar (USD), which could contribute to USD strength on a broader basis. These developments could also have global ramifications as a stronger USD typically signals tighter global financial conditions.

What did we learn from the ECB from its April meeting

Based on its communication last week, while the ECB seemed most focused on inflation, the central bank was also very clear about its concerns relating to the eurozone’s medium-term growth outlook. As such, we expect the ECB to take a cautious approach to policy normalization as it tries to strike a delicate balance between keeping a lid on inflation and simultaneously steering the currency bloc away from a hard landing that could damage future growth.

This is in sharp contrast to the U.S. Federal Reserve, which has focused substantially more on its inflation mandate, which, in our view, either reflects the U.S. central bank’s extraordinarily optimistic view of growth prospects in the United States or its decision to dampen inflation at the risk of eroding growth.

At its March 13 meeting, the ECB confirmed speculation and announced plans to put an end to its Asset Purchase Programme (APP) in Q3. The central bank also reiterated that interest-rate liftoffs will follow the conclusion of APP. Markets were disappointed as they had been expecting an earlier end to APP and a more aggressive shift in forward guidance on rates.

While the ECB did allow itself some flexibility on when exactly APP might end in Q3, the market’s response was clear—the EUR has since hit a two-year low against the USD. In our view, EUR weakness will continue and the EUR/USD pair could slip to the 1.05 level in the coming months. A weaker EUR (which is associated with weaker European growth) and a stronger USD typically mean tighter global financial conditions overall, a development that should matter to all investors.

As mentioned earlier, we believe that the market is pricing a far too aggressive rate path for the ECB and that expectations will need to be moderated.For context, following the March 14 meeting, the rates market was pricing a near 50% chance of a 25bps hike in July and the ECB’s deposit rate to hit 35bps by December 2022.² Given that the deposit rate is at -50bps and the ECB has already made it clear that its bond-buying program will need to end before rate hikes can begin, we think it will be very difficult for the ECB to raise rates by a total of 85bps by the end of the year.

Our expectation is much more modest: We foresee two 25bps hikes that will get the policy rate to zero by year end. Given the strong correlations between U.S. and European yields, we believe a moderation in ECB rate hike expectations will weigh on global yields, all else being equal.

Futures market are pricing in an aggressive interest-rate path 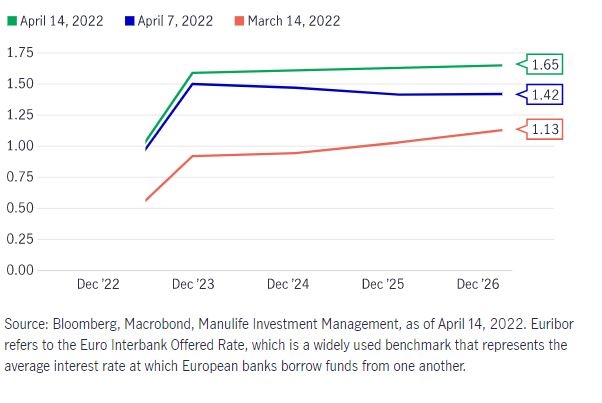 Another factor that could hinder the ECB’s ability to hike rates in such an aggressive manner relates to how such an approach could affect intra-European bond spreads, or the difference between bond yields in Italy, France, Spain, Germany, and other countries.

Unsurprisingly, intra-European bond yields have been very responsive to the interest-rate outlook for the eurozone, widening on expectations that the ECB will adopt an aggressive approach to hiking rates. That said, the ECB is mindful of the risks of fragmentation—by raising rates too quickly, the central bank could risk stifling the recovery of weaker member states as their cost of borrowing becomes unbearable, potentially sowing discontent within the currency bloc. Although the ECB has previously spoken of introducing instruments to contain bond market stress, details have been limited. In any event, the risk of fragmentation is likely sufficient to persuade the ECB to adopt a moderate approach to monetary tightening. 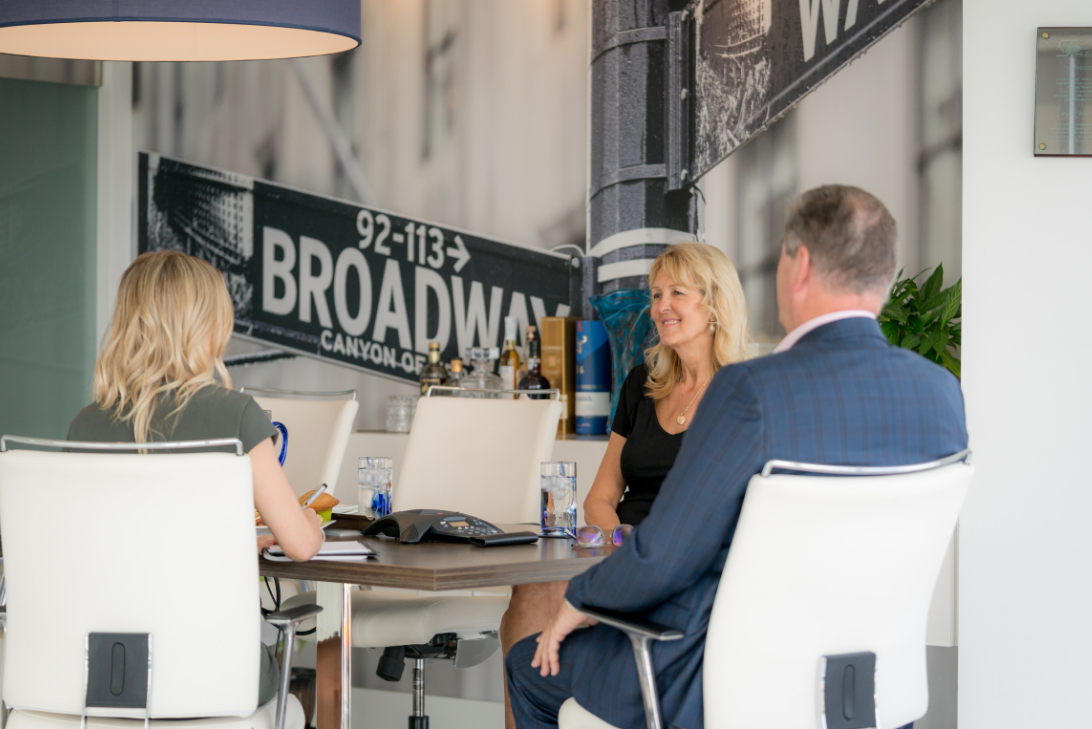 Show them the money: Three-minute macro 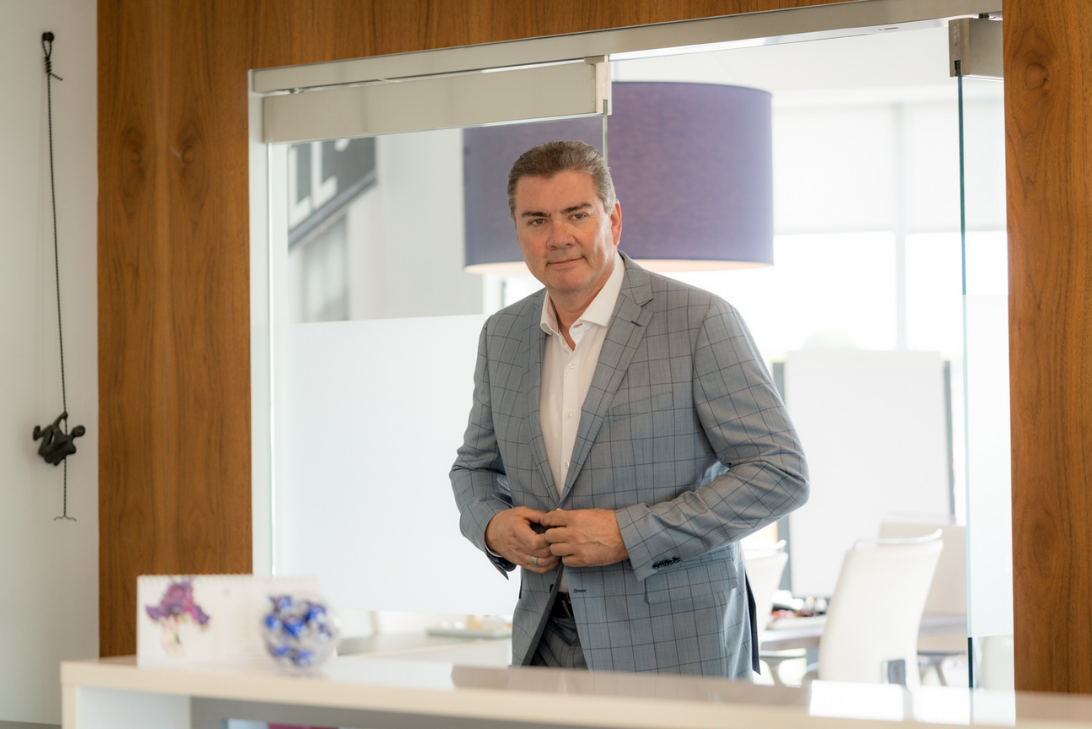 Investors continued to grapple with sticky inflation, tightening central bank policy, high oil prices and geopolitical tensions throughout April. Here’s a summary of the notable events that steered the markets. COVID-19 and market developments S., Canadian and global equities swung back and forth on market volatility, one moment bullishly coping and the next turning bearish,…